Skip to Content
What's in this article? show
✈️ How far is Mexico City from the airport?
????️ How to get to Mexico City [all possible ways]

Looking for ways how to get to Mexico City? Getting to Mexico City is easy from pretty much anywhere in the United States, major European cities, and other Mexican destinations.

If you wondering how to get to Mexico City by plane or by road from other parts of Mexico, keep reading this guide! 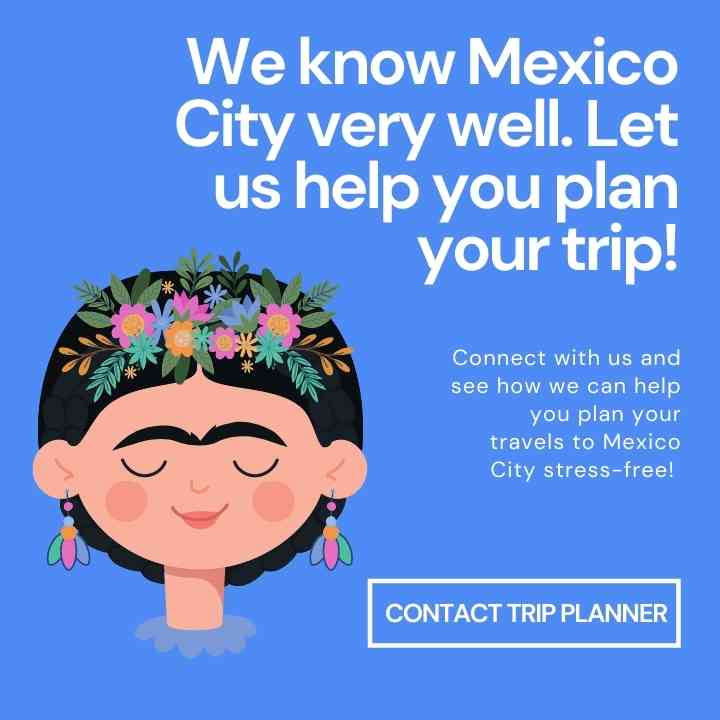 ✈️ How far is Mexico City from the airport?

It’s very easy to get to the city center from the airport, especially when you consider CDMX airport is one of the few airports in the world located inside the city (it’s only about 8 kilometers away from most of the neighborhoods in Mexico City where your hotel/Airbnb will probably be at).

However, recently, a new airport for the city was opened. The original Benito Juarez Airport (MEX) is still operating, but the new one, AIFA Airport (NLU), is located much further away from the city and the government is still trying to figure out ways to get to and from Mexico City from AIFA as it’s almost 2 hours away.

For now, I would be extremely careful when booking your flight, as a transportation system is not in place yet. You may have to pay for a very hefty taxi in order to get from the airport to the city. I will be updating this post when I have more information. For the time being, make sure your flight to Mexico City arrives at airport code MEX and not NLU. 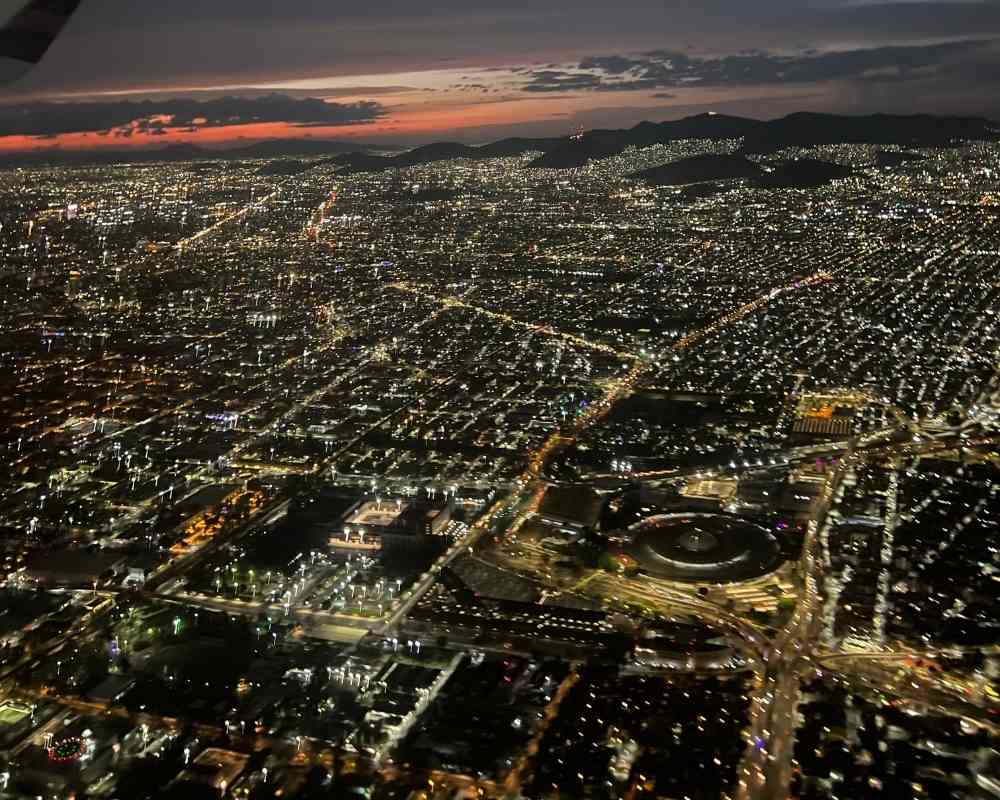 I’m always fascinated by the scale of Mexico City when I see the city from a plane!

Save the image below on Pinterest for your trip! 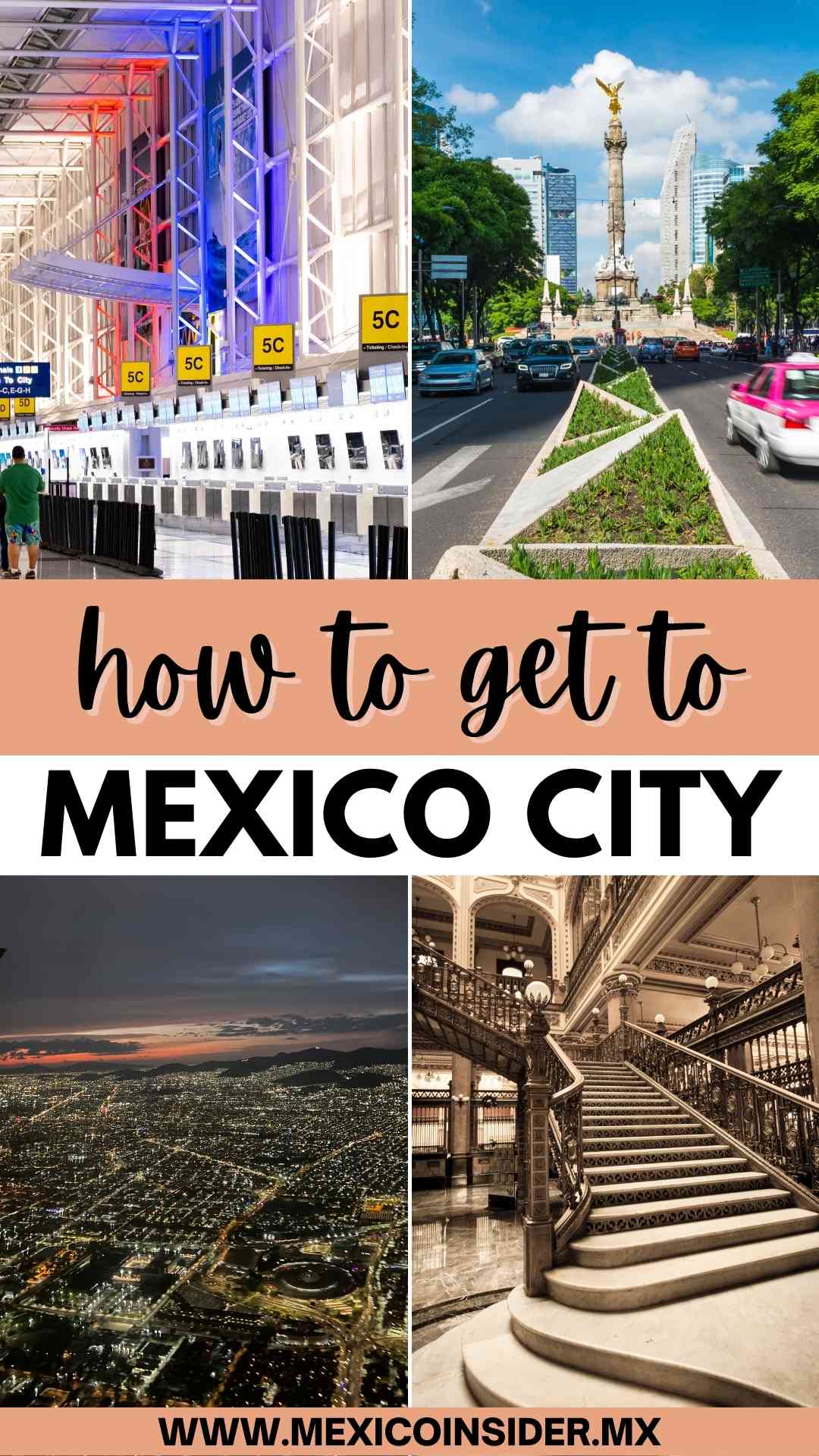 ????️ How to get to Mexico City [all possible ways]

How to get to Mexico City from the airport

Uber is allowed in Mexico City’s airport, especially around gates 2 and 3. You won’t have an issue whatsoever ordering one at Benito Juarez Airport (MEX).

Fares vary depending on where you’re going, but if you’re staying in Roma, Condesa, Polanco, and the likes, you can expect to pay anywhere between 150-300 MXN ($9-$15 USD) depending on traffic and time of the day.

Honestly, unless you’re planning a road trip outside of Mexico City, I would not bother renting a car.

Traffic in Mexico City is crazy, you don’t want to spend most of your vacation in Mexico City driving and getting stressed. There are many ways to get around Mexico City, but a rental car definitely isn’t one of them.

There’s a subway station just outside of Terminal 1 right on Boulevard Puerto Aerea. The station is called Terminal Aerea and it runs over Line 5.

From here, you can get off at the last station (Pantitlan) where you can change lines. Both Line 1 and Line 9 (Pink and Brown) will get you close to Roma, Condesa, Centro, and Polanco. Here’s a map of the CDXM Subway.

The subway ticket costs only 5 MXN (about 25 cents) and it’s free for people over 60.

How to get to Mexico City from other parts of Mexico

Buses in Mexico are super comfortable and a great way to move around. If you find yourself in other cities or towns that are close enough to reach Mexico City by road, buses are a great choice.

Depending on when you are, you can look into bus companies like Primera Plus and ADO. These are the two bus companies I personally use regularly and can vouch for.

As a note, Mexico is huge, so buses may not always be the best option to get around unless you want to spend most of your time here on a highway. For example, if you want to get to Mexico City from Cancun, you’re looking into a bus that would take over 24 hours.

Plus, sometimes buses can actually be more expensive or cost about the same as flying. For example, a bus from Puerto Vallarta to Mexico City costs about $60 USD and takes 12 hours, but you can find flights for about the same price that takes only an hour and a half.

I would only take a bus from places like Oaxaca City, Guanajuato, Guadalajara, Puebla, and other nearby destinations (9 hours would be my tops in order to make the extra time worth it, especially if I’m taking a night bus as they’re very comfortable and you’ll definitely be able to sleep through the ride).

All bus terminals are well-linked to the rest of the city by public transport and you can also order an Uber from there.

BlaBla Car is a ride-sharing and carpool app that is popular all around Mexico. They offer many rides from nearby cities in Mexico and you’ll likely pay about half of what you’d pay for a bus.

All drivers are certified and there will be other people in the carpool with you. This is a great option if you want to make friends and practice your Spanish.

We’ve done this a lot as a way to get to and from Mexico City from nearby cities and always felt safe. However, make sure you only book rides that have reviews. You can find regular rides to Mexico City from cities like Guadalajara, Leon, Puebla, Acapulco, Toluca, etc.

Pretty much any airline in Mexico has multiple daily flights from almost every major city with an airport to Mexico City.

I always use Skyscanner to find cheap fares within Mexico, but if you want to look into the airlines directly, the ones I recommend are Aeromexico and Volaris (Volaris is a budget airline but still quite good). 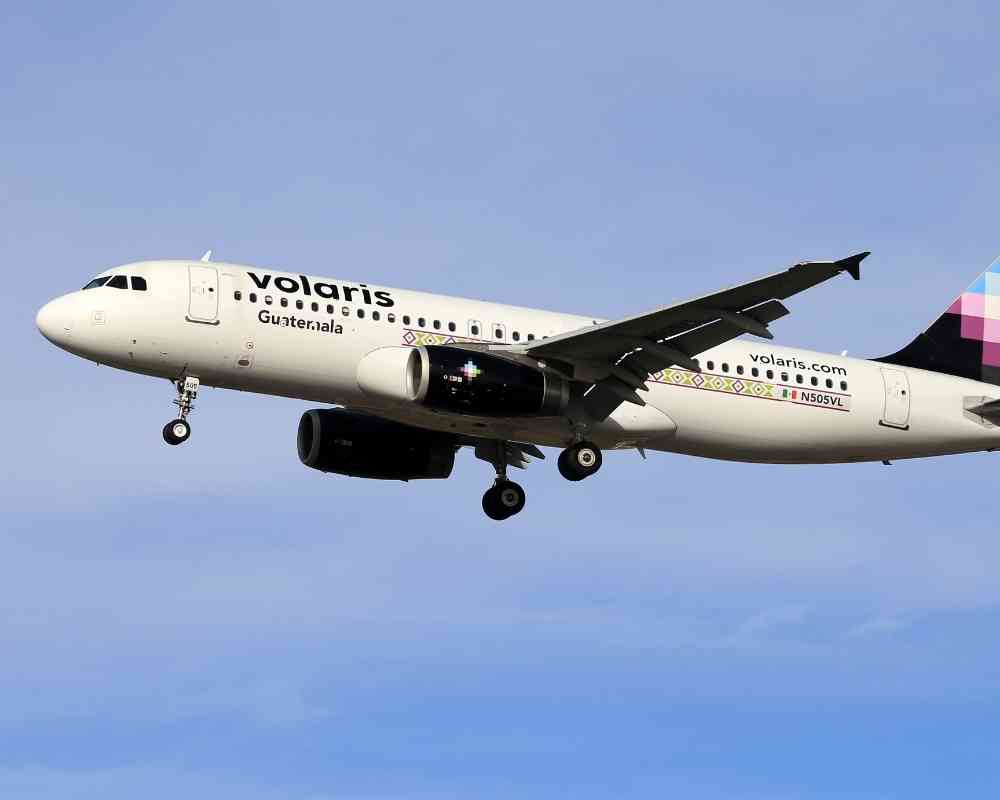 For extremely budget flights, you can also look into VivaAerobus. I personally prefer paying a little bit more to fly other airlines, but if you’re traveling on a budget, it may be worth it. Just note that they often overbook flights (it only happened to me once, but that was enough to never fly them again).

As a note, the airport tax (TUA) is not usually included in their flight prices when they’re listed and you only add that once you’re in the booking process. So if you see a flight for $10 USD on their website, you will need to add about $30 USD more once you’re making your payment.

✈️ Ready for your trip to Mexico City? If you need more information about how to get to Mexico City, I’d be happy to update this post – just leave your questions below!